The Trickle-Down Effect of Green Roofs 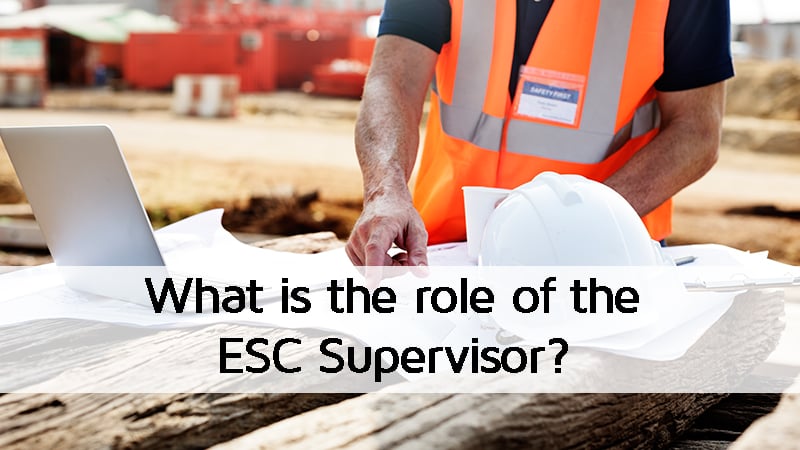 What is the Role of an ESC Supervisor?

In this article from the Urbanstrong blog, Declan Byrne and Alan Burchell share the many benefits of green roofs:

Severe rain and snow storm events pose increasingly important community risks, from flooding to contamination of drinking water, fish stocks, and public waterways. As we’ve discussed previously on this blog, green vegetated rooftops are not only a veritable Swiss Army Knife of benefits for building owners and corporations, but their benefits also trickle down to the community at street level. Green roofs are highly engineered systems designed to soak up precipitation before it hits the sewers, thereby reducing flooding and some of its worst effects.

According to the official NYC website, New York’s annual average precipitation ranges between approximately 43 and 50 inches, depending on your location. This often leads to flooding in streets, preventing people from getting to work or walking home. Precipitation has increased at a rate of approximately 0.8 inches per decade from 1900 to 2013 in Central Park, which means that flooding will continue to pose a risk in our communities. 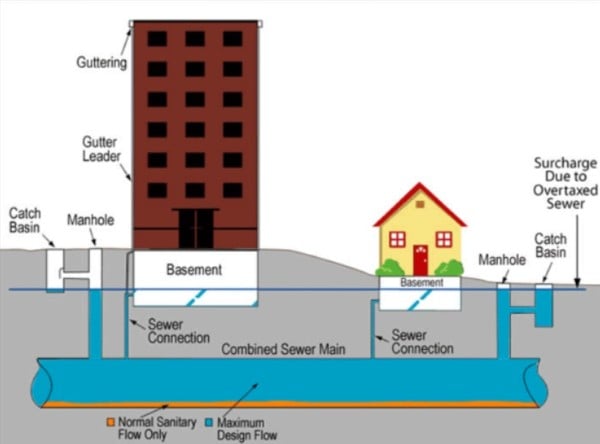 This heavy rainfall flows into the sewage system through catch basins and manholes on the street. Storm water can cause the sewer main pipe to fill, and rise back up through sewer connections in buildings or back to the street. This overflow from the sewage system is called surcharge. Here you can see the normal levels of sewage, and the level to which it can rise after severe rainfall.

Like many older cities in North America (e.g.: Chicago, Toronto, Philadelphia, DC), New York has an antiquated and (now) under-sized combined sewer overflow system, making it particularly vulnerable to high rainfall events. When there is too much water in the sewage system, the treatment plant cannot handle this load. Without any other place to go, this mixture of untreated waste water and excess stormwater is allowed to overflow directly into the city’s waterways as depicted below.  According to Riverkeeper, “more than 27 billion gallons of raw sewage and polluted stormwater discharge out of 460 combined sewage overflow (“CSOs”) into New York Harbor alone each year.”

Thankfully, we don’t have to be stomping around in puddles of this untreated wastewater. The United States Environmental Protection Agency has reported that a simple, four-inch deep green roof system will retain, on average, 50% of the annual rainfall that falls on it. If implemented en masse in urban centers, this technology could therefore play a major role in reducing the effects of flash flooding on city infrastructure during major rainfall events. This could also help mitigate problems that arise from sewer overflow.  Many North American cities with combined sewer systems offer financial incentives (e.g.: cash reimbursements, tax abatements, stormwater bill credits, etc.) to building owners for green roof construction for this very reason.  See our previous blog post “Financial Incentives For Solar And Green Roofs In NYC & Beyond” for more info. 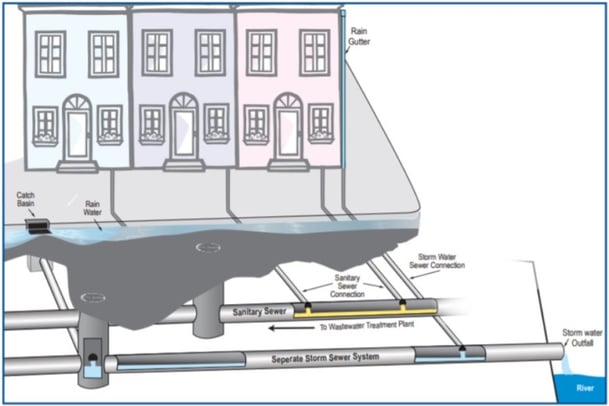 This serves to collect, manage and discharge only stormwater (no sewage). The MS4 is far from perfect though.  When it rains, stormwater flows from rooftops, across streets, parking lots and sidewalks, collecting different pollutants like oils, pathogens and metals. When the MS4 empties out this stormwater into the Hudson River (or East River, or Gowanus Canal or anywhere else in the New York Harbor), all of these pollutants empty out with it.

How to do green roofs clean our waterways?

With untreated discharge getting released into our city waterways, recreational activities like swimming and paddling become unhealthy or a flat out non-option. One of the many benefits of green roofs is they help detoxify the stormwater that lands on rooftops by filtering out some pollutants in a process called phytoremediation. While the method and efficiency of phytoremediation can vary from plant to plant, our interest focuses on green roofs. When polluted storm water from the roof flows through the soil, plants can absorb the contaminants through its roots. Here, plants can either break it down into less harmful chemical elements or store it within its stems or leaves, removing the threat to the environment.

Other methods of phytoremediation include encouraging bacteria to biodegrade these impurities. The result is cleaner water being released by the roof.  Some of this release is through evapotranspiration, when the plant ‘sweats.’  The rest percolates down through the layers of the green roof, along the membrane to the roof drain, and down into to the sewer, cleaner than when it first landed on the roof.

How do green roofs clean our air?

Fortunately, plants act as an air filter as well. As part of the process of photosynthesis, plants on a green roof surface take in CO2 through the stomata on their leaves and absorb water in the growing medium via their roots.

Using chemical energy that they convert from the sun’s light energy, the plants synthesize carbohydrates from the CO2 and water to be used for various plant functions. Oxygen is released as a waste product, and some water vapor is released via the stomata during transpiration.

When this water undergoes a phase change from liquid to vapor, there is an inherent latent heat flux. This process of transpiration in turn uses evaporation to cool the plants and surrounding air, as the escaping water vapor effectively carries away heat energy.

On a sunny day when outside air temperatures are in the mid-70s (75ᵒF / 24ᵒC), temperatures on a black tar roof can therefore easily reach well above 122ᵒF (50ᵒC).

Much research has been done to try to quantify the impact green roofs have on the urban heat island (UHI) effect that plagues large, dense cities like New York City. One study attempted to mathematically model the effect of green roofs on the UHI in Toronto. Using a mesoscale model and the natural and urban surface parameters, low level air temperatures were simulated for a 48-hour period in June 2001. The simulation assumed 50% green roof coverage and showed a reduction of 1.8°F (1°C) in low-level urban temperatures. The simulation was repeated with the addition of irrigated green roofs. Irrigated green roofs produced a cooling of 3.6°F (2°C) and extended the 1.8°F (1°C) over a larger geographic area.

Luckily, New York City has taken notice of the benefits of growing plants in the city. Bloomberg spoke about implementing a plan to make the city’s water more livable.

“This Sustainable Stormwater Management Plan is a key step towards the PlaNYC goal of being able to use New York City’s rich network of waterways as recreational resources. Opening 90% of our City’s waterfronts to recreation, though, will require several efforts, including new infrastructure that will prevent untreated discharge from entering our waterways during periods of heavy rainfall. This plan analyzes new approaches called “source controls” — such as greening our streets, expanding wetlands areas, and rainwater reuse – that will reduce stormwater runoff and prevent this kind of pollution. It calls for immediate actions that will require some types of source controls, but also outlines further study of different technologies and – critically – approaches to funding future needs.”    — Michael R. Bloomberg, Mayor, New York City

Large cities like New York can reach the full potential of green roofs when the community comes together. Using these rooftop “source controls” to prevent flooding and sewage surcharge, along with carbon sequestration to improve air quality, can directly impact the community. By improving environmental conditions, green roofs also offer a great long term solution in reducing flooding from increasingly intense and frequent storms.