You are here: / Denbow Blog / Protecting Fraser Valley Dykes from Erosion
This is how we Potluck at Denbow 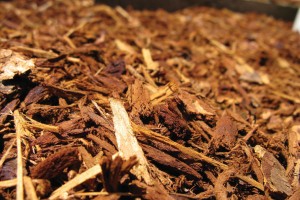 BENEFITS OF USING MULCH IN YOUR GARDEN

Starting in the Rocky Mountains, and pouring into the Strait of Georgia, the Fraser River is B.C.’s longest river, and largest flowing into the Pacific seaboard of Canada. The Fraser is a busy river: it is home to sturgeon, a provider of water for pulp mills, and in the Fraser Valley, its banks neighbour rich farmland.

After settlers came to the Fraser Valley, they were met with the power of the Fraser River. 1894 brought a disastrous flood to the region when the area had no defense against the rising waters of the river. A dyking system was soon created, but in 1948, with lack of care for the aging dykes, and the banks protecting them, another even more consequential flood, devastated the region, with an equivalent of over $200 million in damages.

In 2013, new erosion on the banks of the Fraser River raised an alarm. Existing erosion arcs, where strong currents had worn down the soft silt at the bottom of the riverbank, were monitored, and advancing development of a new arc called for immediate action, as it was only 30 meters from the dyke; the spring freshet could mean a repeat of history for the area. The dyke was protecting over 12,000 acres of diverse agricultural land, the historic Clayburn and Matsqui villages, land belonging to the Matsqui First Nations, and major regional infrastructure, such as gas mains, water transmission main, and the wastewater treatment plant. Flooding of this area would have even greater negative impact than it did over 60 years ago, an estimated $2 billion in damages.

The city of Abbotsford called for help, and made an emergency repair in early 2014 on the bank using rock armoring, or riprap, providing a new boundary for the river’s flow. Use of riprap is beneficial, as it deflects the impact of the current, absorbing the energy of the water, and therefore protecting the bank. It also slows the flow of water, and provides further protection from debris that the river might be carrying.

An example of such work can be found in Denbow’s Strachan Point project, where Charles Creek erosion was a threat to a CN Rail bridge, the highway bridge, and two private bridges providing access to local homes. Building up and widening the creek bed, and then reinforcing with the process of rock armoring, eliminated the threat. 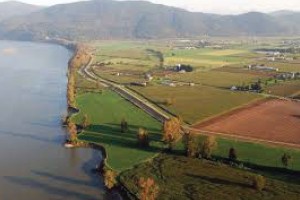 Long-term, the Fraser Valley has more work to do to fight erosion. Since the 2014 fix, two new erosion arcs have developed. The city of Abbotsford engaged the services of Northwest Hydraulics Consultants to undertake a study on the Fraser River erosion. Their findings urged the city to not only continue the upgrades to existing bank protection with rock armoring, but also to utilize rock spurs.

Rock spurs are linear structures, placed at the bottom of the bank, to assist in changing the direction of the river’s flow. This would slow the process of erosion drastically, by moving the force of the water away from the bank toe, which is where erosion arcs begin.

The city approved the proposed project in December 2015, with an estimated $8 million price tag. In April 2016, British Columbia’s Ministry of Transportation and Infrastructure announced $4 million will be provided for the project from the 2016 budget. While the Fraser Valley continues to fight to protect its land and livelihood from the power of the Fraser River, the Ministry has further committed to collaborating efforts to ensure the communities with potential impact are kept safe; work on upgrading the dykes themselves will also be prioritized. 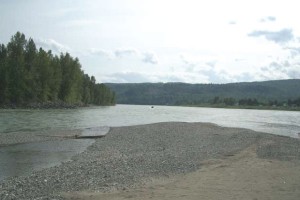