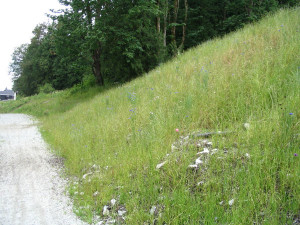 EcoBlanket on slopes at Albion

In our quest for sustainable development, a major consideration must be maintaining the water quality of our streams, rivers and other water sources. These water sources support plant and animal habitats, as well as human commercial, industrial and recreational activities.

The following article on freshwater quality trends in Canadian rivers was originally posted on the Environment Canada website but has been reproduced below for your convenience. As mentioned below, a key factor affecting the quality of water in Canadian rivers is the amount of rain and snowfall during the year, which can carry soil and pollution through runoff and leaching into the rivers. The way that construction development is performed greatly affects the sustainability of our rivers for the long term.

As the article concludes, one important factor in reversing water quality trends in our rivers is to build the health of stream banks by planting native vegetation and trees. Another important part of ensuring the long-term establishment of this vegetation is to rejuvenate and stabilize the soil with compost-based soils and growing mediums, as with Denbow's Terraseeding service.

The Freshwater Quality in Canadian Rivers indicator is designed to provide an overall measure of the ability of select rivers across Canada to support aquatic life.[1] It integrates multiple pressures from human activity upstream of water quality monitoring sites to present freshwater quality in the regions where the majority of Canadians live.[2]The indicator focuses on rivers with higher risks to water quality and provides Canadians with an indication of human impacts on freshwater quality.

For the 2010 to 2012 period, freshwater quality in Canadian rivers where human activities are most concentrated was rated:

The bar graph presents freshwater quality rating in rivers selected to be representative of the regions of Canada where human activities are most concentrated for the period 2010 to 2012. The bars show the number of sites where freshwater quality was rated excellent (9), good (69), fair (64), marginal (27) and poor (3). Ratings are based on data from 172 monitoring sites.

Note: Freshwater quality was assessed at 172 sites on select rivers throughout 16 of Canada's drainage regions where human activity is most intensive using the Canadian Council of Ministers of the Environment's Water Quality Index.
Source: Data assembled by Environment Canada from federal, provincial, territorial and joint water quality monitoring programs.

Clean freshwater is an essential resource. It provides habitat for aquatic plants and animals, supports many commercial and industrial uses, and is at the heart of many recreational activities. Impaired water quality can undermine both aquatic ecosystem health and economic activities, such as fisheries, tourism and agriculture.

Freshwater quality varies naturally across Canada because of the country's diverse geology and climate. It is further shaped by the ways in which people have developed the land around rivers and lakes. Each freshwater quality monitoring site has its own unique geography and set of human pressures.[3]

The rivers included in the indicators are selected to be representative of the drainage regions in Canada where human activities, such as industry, agriculture, urban growth and recreation, are most concentrated. The potential impacts of these human activities mean that these rivers are generally considered to have a higher potential for water quality impairment. At each site, physical properties of water, such as temperature, and levels of chemical substances, such as nutrients and metals, are measured and compared to freshwater quality guidelines. The more often a freshwater quality measurement is above its guidelines, the lower the freshwater quality rating will be.

Change in the national freshwater quality indicator through time

Overall, the freshwater quality scores have:

Note: Change in the indicator between the 2003–2005 and 2010–2012 periods was assessed at 100 sites in 16 drainage regions across Canada where historical data are available. For each site, change in the indicator was assessed using a consistent set of water quality guidelines and parameters through time.
Source: Data assembled by Environment Canada from federal, provincial, territorial and joint water quality monitoring programs.

Freshwater quality is affected by rain and snow which controls how much water runs off the land or leaches through soils. It is also affected by pollution released directly into it or that travels across land and through the air. Urban growth, agricultural practices and industrial development impact how water moves across the land and change water quality along the way. These multiple pressures on water quality mean freshwater quality trends are slow to change.

The decline in water quality can be reversed by upgrading wastewater treatment plants, adopting environmental farming practices, or planting native vegetation, such as trees, along rivers.

Footnote 1
Water quality is assessed using the Canadian Council of Ministers of the Environment's Water Quality Index using water quality guidelines for the protection of aquatic life. For more details about how the indicator is calculated, please refer to the Data Sources and Methods document.
Footnote 2
The impacts of these human activities mean that the focus is on rivers where there is a high potential for impairment, it should not be considered an indicator of overall freshwater quality in Canada's rivers.
Footnote 3
For example, for some areas, elevated levels of naturally-occurring substances, such as minerals found in rocks, nutrients, glacier deposits and soils, lower freshwater quality index ratings. For a discussion of existing limitations, please refer to the Data Sources and Methods document.