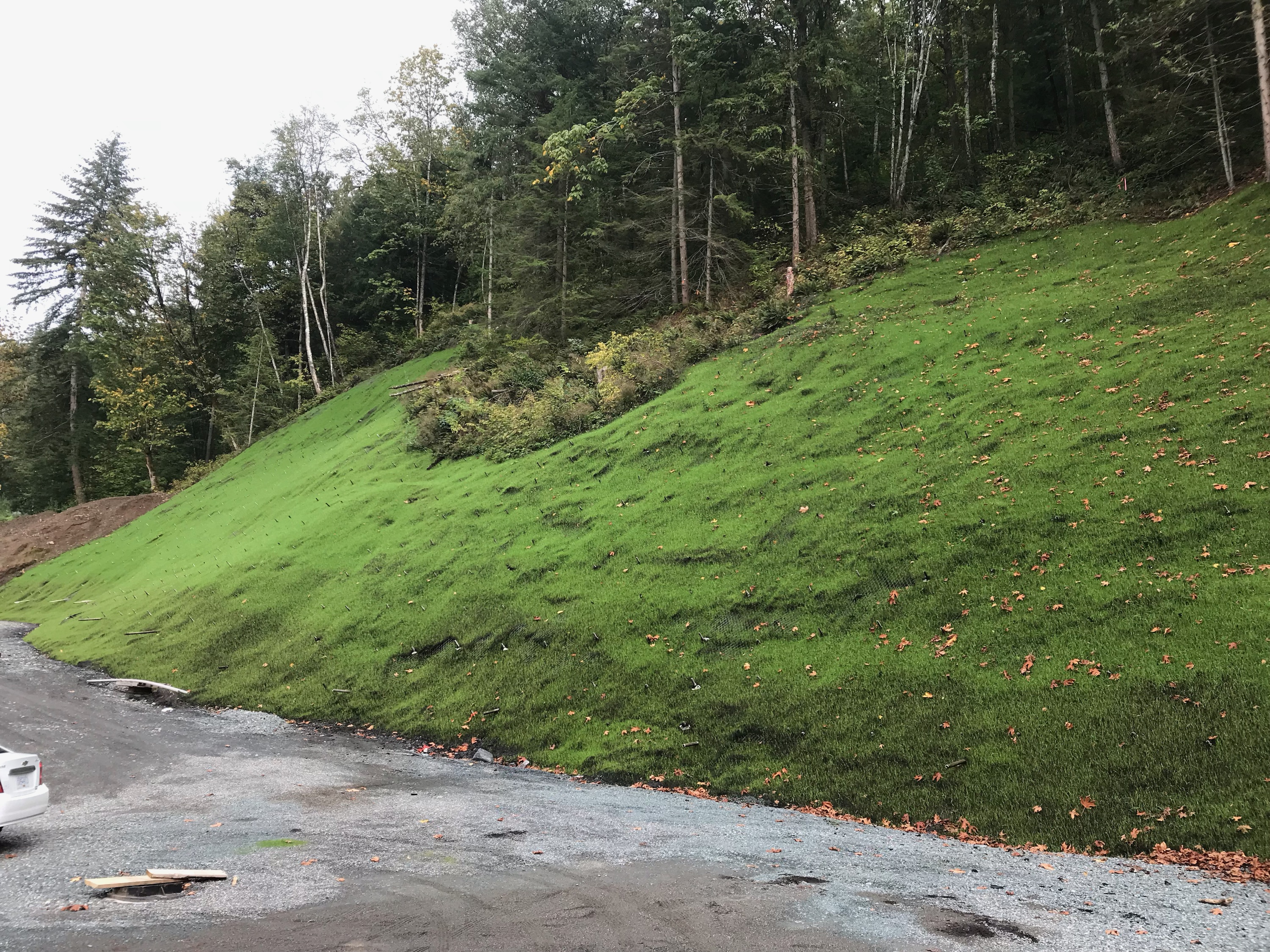 It’s just 44 steps up to the roof from Richard Duchemin’s office in his family run IGA on Henri-Bourassa Boulevard West in Saint Laurent, Quebec. Those 44 steps lead him to the retail food store’s food producing green roof – a first on a food store roof in Quebec and still a rare application for food production in North America.

" THE CUSTOMERS AT THE IGA LOVE NOT ONLY THE IDEA OF PLANTS ON THE ROOF, BUT THE AVAILABILITY OF IN-STORE SUPER FRESH VEGETABLES AND HERBS." 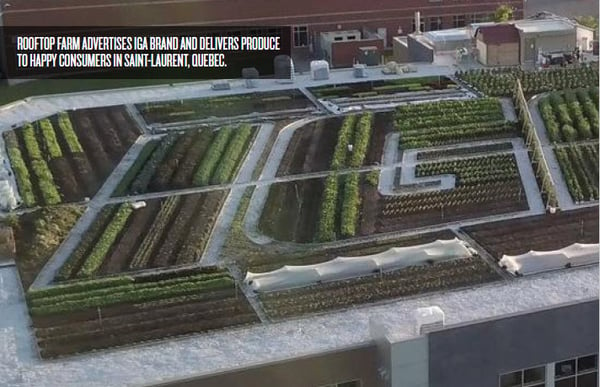 In 2014, the city of Saint-Laurent (part of Greater Montreal) passed a requirement for all new construction to have at minimum 50 per cent vegetation coverage on the roof, a key component of the city's climate change adaptation strategy, and to help lower greenhouse gases and provide much needed greenery. At the time, while others might have seen this policy as a problem, Richard Duchemin and his two brothers Daniel and Jean saw an opportunity. The IGA store, started by their father Normand in 1984, was already well known for its innovative approach to marketing food to its customers. In 1988, they were the first food store in Quebec to display fresh produce at the front of the store; the first supermarket to roast coffee beans in 1996; and in 1996, the first supermarket to include a fresh fish display with over 100 feet of counter and ice.

After several store renovations and a 30 per cent expansion in the mid-1990s, the Duchemins knew their business could sustain a larger building. They set out to build a green building, which would reflect their personal commitment to sustainability. In 2016, the Duchemins finished construction on their 25,000 square foot supermarket and the building attained LEED Silver certification. 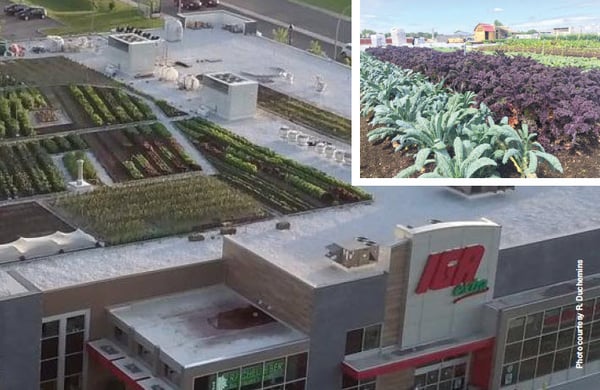 The Duchemins used the expertise of La ligne verte: Toit vert – a Montreal-based firm – who worked with Richard closely for over a year to design, construct and implement the green roof which was incorporated into the design when the building was open in 2016. As it was a new building, the green roof consultants ensured that there was sufficient loading capacity to support the kind of green roof plants that Richard envisioned offering his customers in the store. La ligne verte:Toit vert also ensured the roof was fully accessible with a safety railing. The range of produce grown in 2017 included a variety of greens, such as spinach, Swiss chard, lettuces and kale; carrots, radishes, white turnips, broccoli, cauliflower, red and yellow beets, eggplant, beans, bell peppers, hot peppers, tomatoes, cucumbers and garlic. In addition to strawberries, the green roof is also supporting the production of herbs such as dill, coriander and basil. Several beehives are also situated on the roof. Two different kinds of spring mix lettuce have been the most consistent and successful crops grown on the roof,  according to Richard. All produce grown is certified organic. In the future, the owners are considering adding tulips and mushrooms to the list of crops.

The plants are being grown in six inches (15 cm) of growing medium. As this is shallow growing medium, growing long rooted vegetables is not really an option. The store’s much needed summertime air conditioning and dehumidification system is the source of the bulk of the water being used to irrigate the plants. The condensate water is being collected instead of directed down the drain and smartly distributed to the thirsty rooftop plants.
“The customers at the IGA love not only the idea of plants on the roof, but the availability of in-store super fresh vegetables and herbs.” said Duchemin. “In the era of consumers wanting to buy local, buying vegetables grown on the roof, couldn’t be more local.” As a testament to that, the sale of the supermarket’s organic produce increased 50 per cent from 2016 to 2017. The owners are hoping this is a continuing trend. Other supermarkets have reached out to the Duchemins to enquire about their process and their success and while confidential, there are indications that other supermarkets will copy their idea. Sobeys, a large supermarket retailer that owns the IGA brand, is watching the progress of this green roof with great interest as consumer interest in good quality, local food continues to grow across North America.

Joyce McLean is a Toronto-based environmental consultant and writer.